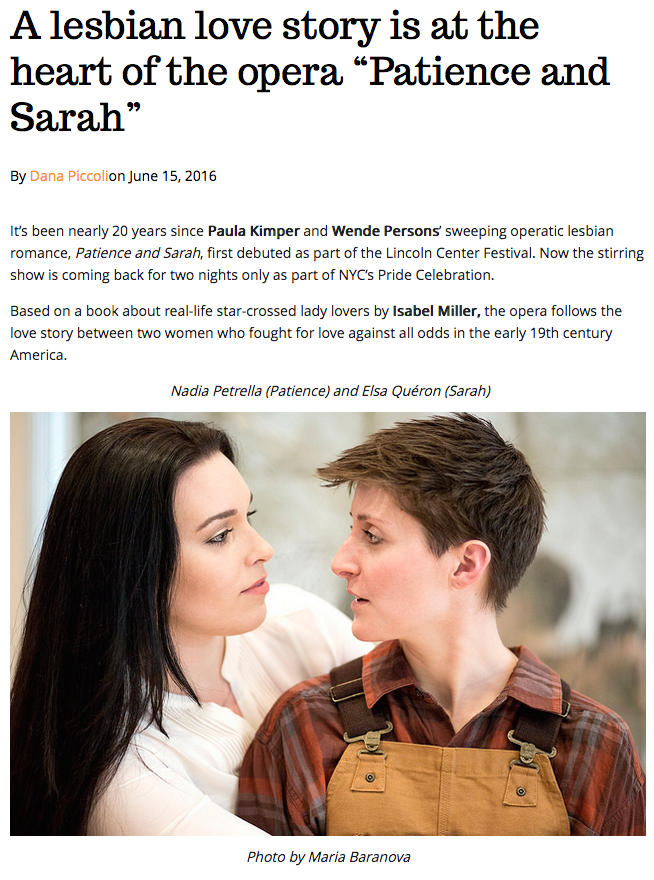 They rarely talked about opera, but when they did, it was lesbihonest: many among you readers are likely familiar with the ‘media website about queer women’s interests, as written by queer women’, AfterEllen.

It came as a complete suprise to me that by the end of tomorrow, AfterEllen will turn stop being a fully staffed, daily-active website (as reported by chief editor Trish Bendix, and long-time contributor Dorothy Snarker). It will, by the looks of it, only feature occasional new content on a freelance basis –  a fact oilily ommitted in a “False rumors!” post by AfterEllen’s parent company that now graces its front.

That sounds like a bitter and icky ending on a personal level (Bendix mentions that she wasn’t permitted to post her farewell, which informs about the new standards, on the website), and it is worrisome on an overall political level because it boils down to the same tiresome fact of the economization of everything: the site wasn’t profitable enough, so it’ll be pushed to the backburner. Simple as that. Because what could matter other than money?

Things catering to women don’t make enough money, and heaven forbid we even talk about things catered to queer women.

We’ve seen it happen time and again, as things for women, established in the 1960s and 1970s with idealism, have been and continue to be ground to sand in between economization and post-feminist disregard (there is no such thing as post-feminism, not yet by far – if you ask me): the lesbian bars and bookstores and meeting spaces that keep disappearing.

Of course part of that problem is that things thought ‘universal’ are actual thought towards men (and, in that, mostly towards very specific men – the white, the able-bodied, the cisgendered), excluding a female audience that is then herded into tiny pink reservations.
Another part of the problem is us, ourselves, with buying into the late-capitalist irresponsibility of wanted everything faster, cheaper and quicker (at times, hard to avoid, with wages getting lower and jobs more instable): You get your books off a mogul like Amazon, you damage the queer neighborhood bookstore. You download the queer-friendly movie illegally: you miss giving queer media numbers and money and weight.

Can we not afford idealism and a political stance any longer? (and I also say this as someone whose profession are the Humanities, that ‘useless’ branch of higher education that tries to give people a conscience and a moral core and independent thought, and really, who would ever need that to make more money?)

It is ironic that this fate now befalls AfterEllen, a site which has tried to fit into a more commercialized format in recent years, only to end up thrown under the bus, as well. Still, it is a sad day when a place – a place so large that I thought it immune to such things – for queer women worldwide is nixed by economic concerns.

AfterEllen did not write much about opera. Opera is already a weirdo niche. And queer opera? That is basically me and you three readers out there, one every full moon.
But this is my weirdo niche, and even though at times I am aware, with a bad conscience, that the time and energy I put into this blog (and into my fiction writing – Stages 16 is in the works) is probably not economically advisable, news like this only make me more obstinate in continuing on.

You take away or at the very least diminuish a presence of queer writing on the web? Well guess what, this little presence is here to stay. I know it is not an important place on any larger scale, but it is a place. And while much of my opera critique is – I hope – also palatable for universal audiences (because in the end, we are human beings connecting to other human beings, end of story), and while I am always happy to hear from straight-identifying readers who enjoy my stories, Eye Bags is, at the core, a queer place, maintained by a lesbian who cares about queer visibility and safe spaces and oddities such as idealism and equality and political stances.

Let’s continue on being visible, money be damned (at least this once).

9 thoughts on “Swan Song: Beyond AfterEllen”