Many shows and concerts are canceled, opera houses are quarantined, artists lose income and opportunities. And many of us, who have ticekts for shows, perhaps all over the world, cannot travel, find empty boxes (see above) or are confined indoors due to the COVID-19 outbreak. Here’s some streams to watch meanwhile! (not comprehensive, but updated whenever I see something new. Feel free to add events in the comments!)

Some venues have started to offer streams – either because the artists are already in town and rehearse anyway (and get paid this way, if the concert takes place!). Personally, I wouldn’t mind paying for streams or rehearsal gimmicks if it means artists and hosues get some pay thay. Most streams listed below are free (if not, they are marked). Their timeframes of availability may differ and, in some cases, geoblocking may apply.

Stay safe, keep everyone else safe, and support your artists as much as you can! 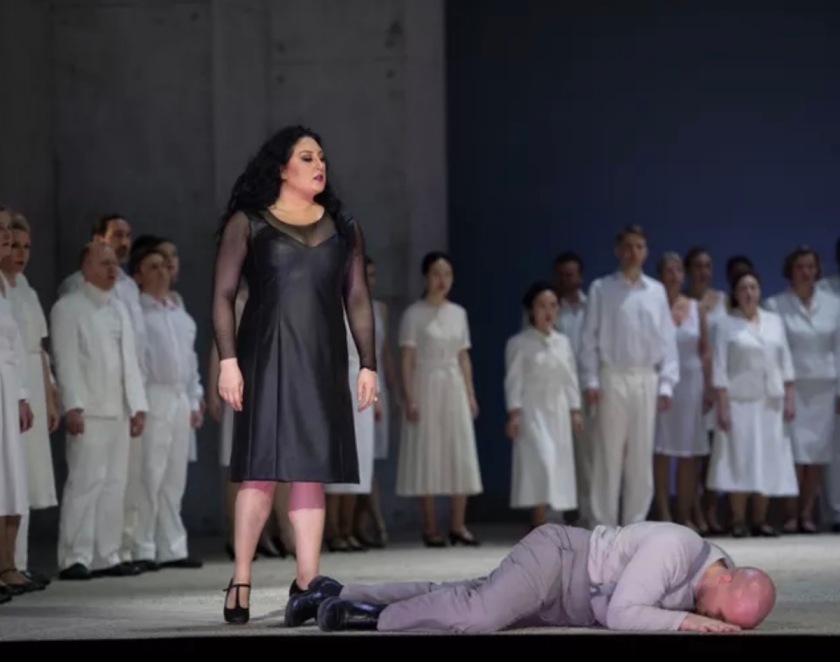 [Anita Rachvelishvili (Carmen) in Bizet’s “Carmen”, Berlin/Staatsoper 2019. – Photo Credit: The Only And Only Monika Rittershaus]

#Free webcast tomorrow: The Philharmonie Berlin will be closed until 19 April. However, the @BerlinPhil and @SirSimonRattle have decided to give their concert anyway: without an audience, live & free in the #DigitalConcertHall (+ repeats on 13 & 14 March). https://t.co/hShZENBlUQ

The show must go on – online, at least! 💪
On 16 March we will broadcast the 5th Academy Concert with Joana Mallwitz, @igorpianist and the #BayerischesStaatsorchester live and free of charge on https://t.co/4dYvmbsqqX. More news on our streaming offers: https://t.co/xHhuA6Afht pic.twitter.com/Un9YGNmqZ2

Furtehr streams: BSO have announced additional livestreams to their regularly scheduled ones, easily accessible via their website. Streams on demand also available in a two-week to 30-day timeframe.

How much Handel can you handle?

UNtil August, NDRKultur is offering, on the occasion of the 100th anniversary of the International Göttingen Handel Festival – 10 Handel productions of the past decades as stream on demand (just Axt 3 of “Faramondo” is missing). Things forboth mezzosexuals and CT lovers alike on the menu, from the 2009 Dörrie “Admeto” to last year’s “Rodrigo”

Also running: OperaVision’s Mozart festival – lots of operas on demand, all of the time. 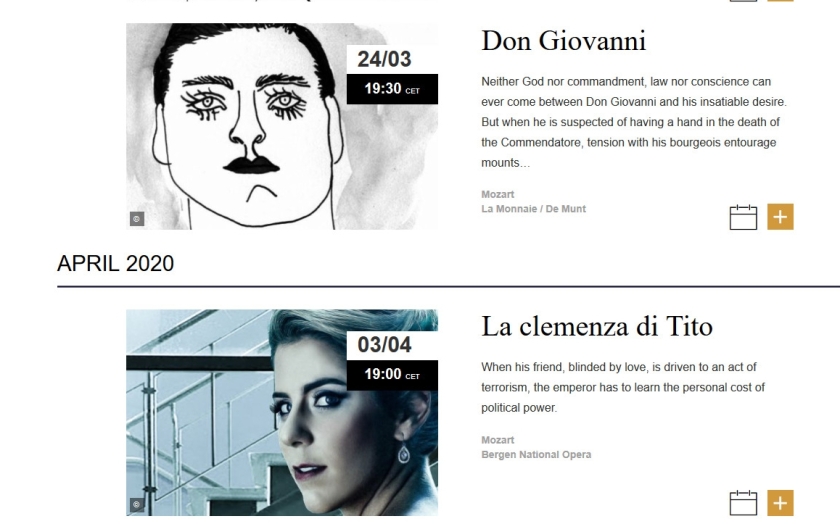 Wigmore Hall has had an established stream infrastructure for quite a while now – Beethoven’s string trios from Mar. 11 are still available on demand, and up next tomorrow is a Masterclass with Nelly Miricioiu –

More concerts from them to follow, follow @koelnmusik for info; program for March is here. (thanks to @StefaniDach for the intel!)

The Philadelphia Orchestra will audio stream Betthoven 5th & 6th and an Iman Habibi world premiere with Nézét-Seguin on wrti.

From @fignaz on Twitter: Teatro Massimo, Palermo will dive into its archive for some streams, under the heading of “La musica non si ferma” (“The music doesn’t stop”) – right now as stream on demand: a full “Pagliacci”.

Stuttgart opera is re-broadcasting their Dec. 21st, 2019 stream of their new “Le nozze di Figaro” (this one) for a week (until Mar 20th, 5 p.m.), as a free stream on demand. #OpertrotzCorona

(this is the one with Diana Haller as Cherubino, and Figaro’s three shirt changes, and garçonne Barbarina, dear White Shirts. Do not miss!)

Reminder that the SWR has a media libary full of HD concert streams available for free (I am not sure about geoblocking).
Especially recommended if your currency of choice is Currentzis! 😉

As of right now, when signing up by Mar 31st, with the code “BERLINPHIL”.

free, lightly stream on demand from the Met archive at the Met website.

Joyce DiDonato teams up with Piotr Bezcala, Howard Watkins and Emmanuel Ceysson to livestream “Best of Werther” right from her living room, via Instagram/Facebook. You can chip in and donate to artist support orgs, links will follow.

FRIENDS! Tomorrow! @piotrbeczala and I will be singing excerpts of #WERTHER from my living room with @EmmanuelCeysson and Howard Watkins! Tune in and consider throwing some support to artist funds (to be listed!) https://t.co/kjeDztGYQP pic.twitter.com/gV0y8Fxgve

I wish to thank my colleagues in SF Ballet. Despite cancelling 10 of 11 shows, the whole company, including the children, came together tonight to record a show of this most enchanting Midsummer Nights Dream. Look for an upcoming stream. It is a pure vitamin for your spirit! pic.twitter.com/nZ6EmmLQO3

Teatro La Fenice, Venice, has uploaded their Vivaldi “Dorilla in Tempe” to YouTube, if you’d like some Baroque streams on demands.

Vienna Staatsoper is streaming (availability: 24 hours) archived shows of the past few years from their treasure troves. Listing here. You will have to open an account, and then can book a free subscription.

VAN Magazine (which you absolutely should be reading, in English o German or both) has started a listing just like this, so head over there from now on for a more comprehensive listening. I will continue to add things I come across and will also retweet them.

Every day at noon,  new production available for 24h, gratis.

Liceu Barcelona and Teatro Real Madrid take turns offering free productions on MyOperaPlayer (the platform of the Real) – regsitrationneeded, it’s free with the code “OperaEnCasa”, but only in Spain, Chile and Argentina (and VPNia….)

Duration: as long as Spain is under lockdown.

Zurich Opera starts streaming productions from recent years, both opera and ballet. Online always for 48 hours, one pdocution every two weeks. This is the schedule.

Deutsche Oper Berlin digs really deep into its archives and makes classic productions from the 1960s onwards available as free online streams – time window of 48 hours, starting with a 1983 “Tote Stadt”. Streams are linked directly at the top of the start page. Some treasures to be unearthed here!

as of right now:

as of right now, with thanks to @MagickLoge on Twitter:

the archives of the Philharmonie de Paris, full of concerts to rewatch.

The Wiener Konzerthaus has developed a “livestream from the empty halls” program, called “Moments musicaux”, to start April 12th – stream always at 7 in the evening, local time, on Sundays, Tuesdays and Thursdays.

The stream listings on Bachtrack, VAN Magazine & nachtkritik should keep you covered on all accounts.